Our recent Letter to the Enterprise Record

Recently, Councilwoman Ann Schwab asked that the City Council agendize the “El Rey issue”, at the request of constituents.  The city was charged to discover if they could protect the theater as a historical resource for the city of Chico.  In response, the city stated that the El Rey Theater is within a historical overlay zone, and acknowledged that the interior murals are historically significant. Information was also provided during the Council meeting proving that the El Rey is currently the oldest continuously operated movie theater in the state and third in the U.S. Any changes to the theater would be subject to the usual procedure for historic buildings in this district. It was also stated that the city does, in fact, have the jurisdiction to declare the El Rey a city landmark.

The El Rey Theater Alliance, a non-profit corporation, is currently negotiating a possible purchase of the theater with the current owner. It never was, or ever has been, suggested that the City of Chico purchase the building, or force the current owners to maintain a business that they no longer want. We are dedicated to finding solutions that work for everyone, and will continue to do so tirelessly in order to keep the El Rey intact, restored, and vibrantly serving our community. 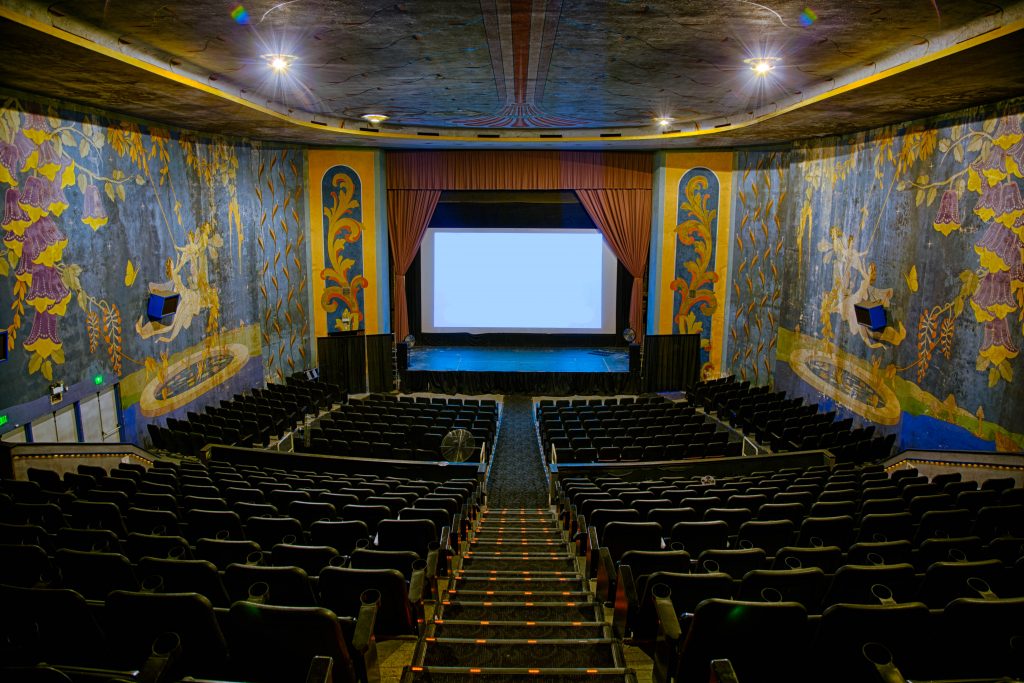 An amazing picture of the interior of the El Rey from last weeks Shortz! Film Festival by Art Martinez. Thanks Art!

The City Council meeting went VERY well. All 7 members voted YES to agendize the El Rey issue. We are hoping to get it on this next meeting, October 4. Way to go, City Council! You earned your applause! And THANK YOU to everyone who showed up. I have a feeling our numbers impressed upon them that this is a VERY IMPORTANT community issue! Well done, everyone! We’ve collected roughly 1,000 signatures so far, counting both the hard copy petitions and the electronic petition. Keep up the FANTASTIC WORK, everyone! Sign if you haven’t, and please keep sharing. Please. Thank you!

The El Rey Theater Alliance is a non-profit 501(c)(3), public foundation formed in 2016 with the mission of purchasing, rehabilitating, and operating the El Rey Theater. The El Rey Theater Alliance also maintains a foundation of giving for local and regional film and performance education.
The El Rey has been a working entertainment venue since being built in 1906. Known as The Majestic, it has survived 2 world wars, the industrial revolution, a horrific fire that gutted the building in 1947 (rumor is the owner stood outside and watched the flames, claiming to all those next to him, “We shall rebuild!”) and then rose like the Phoenix from those flames to become the El Rey. This grand old theater is going to be gone unless we save her.